VR for Training in Ireland (Demo)

VR For Training in Ireland

With an increase in content creation and wider availability of cheaper headsets, Virtual Reality (VR) is finally entering into a period of mainstream adoption. What’s interesting during this phase is to examine what the technology is actually used for. Given its core attributes, we believe that Virtual Reality is set to revolutionise the training industry in Ireland. Below we take a look at how the immersive technology is being applied to training elsewhere in the world. We also examine the potential market for the VR training industry in Ireland, and how the how benefits of VR could potentially revolutionise the Irish training industry.

What is Virtual Reality?

If you’re totally new to the scene, Virtual Reality (VR) is a computer-generated simulation which incorporates sound and visual information, received through a headset. More recently VR has incorporated other types of sensory feedback, such as haptic technology, which recreates the sense of touch through vibrations. The ‘Immersive environment’ that Virtual Realty creates can be a real-world environment or can be rendered as an animation or fantasy world.

What’s the size of the Virtual Reality Market in Ireland?

Unfortunately, there is no official data at the moment the size of the Virtual Reality Market in Ireland or for the number of companies currently working in the sector. In an article published in Irish Tech News last year “Alex Gibson, one of Ireland’s leading minds on VR called out the Irish government for the lack of data available on the VR industry. “The Irish Government needs to undertake a detailed analysis of the augmented reality (AR) and virtual reality (VR) industries if it wishes to capture investment in these growing markets,” remarked Gibson.

Although we are still waiting for a detailed analysis of the size of the VR market in Ireland we do have data on the size of the industry and users worldwide, which is a good indication of the potential market scale and future growth forecast for Ireland. According to the most recent data published by “Markets & Research” the global virtual reality (VR) market is expected to grow from $7.9 billion in 2018 to $44.7 billion by 2024. The increase in content creators and the availability of affordable headsets is surely playing a big part in this. While the Virtual Reality sector has undoubtedly been led by the entrainment and gaming industry one of the more niche applications that have seen rapid growth is ‘Virtual Reality for Training’.

What is “Virtual Reality for Training?”

‘Virtual Reality (VR) for training’ involves the use of this emerging technology to create alternative training methods which utilise immersive learning environments. The reason for the rapid growth in the application of virtual reality for training is the ability for the for the trainee to undertake multiple training iterations in a totally risk-free environment. Virtual Reality Training is akin to Simulation Based Training (SBT). SBT affords users the opportunity to respond to high-risk situations, and repeat training scenarios, without putting themselves or their co-workers at risk from error.

The British Army is currently investing £1 Million in Virtual Reality Training. According to CNBC News the British government has awarded the contract to Australian software designers ‘Bohemia Interactive Simulations’. The company already has over 50 defence organisations worldwide already using its products to train soldiers.  The British Defence Forces will be testing the software, which utilises VR Headsets and high-resolution customised avatars, to see if the training programme is successful. The data collected from the Virtual Reality Training scenarios will help the soldiers to track and better understand their own performance.

Genentech one of the world’s leading biotech company’s has developed a Virtual Reality Training solution that teaches eye surgeons a new procedure that could help over 1 Million Americans. According to an article by Sara Castellanos in the Wall Street Journal: “Over the past year, more than 150 surgeons have used VR to simulate a surgical procedure treating ‘wet age-related macular degeneration’. The surgery requires the implant in the eye of a device, roughly the size of a grain of rice, that continuously releases a drug for the treatment of the disease. If the device in the clinical trial is approved by the Food and Drug Administration, Genentech expects to train more than 2,200 retinal specialists in the U.S. -Virtual reality will be a major component of that training in order for them to master the procedure.”

American Discount Chain Walmart has developed a Virtual Reality Training Application to help associates better understand a day in the life of their store supervisor. According to reports, the App which is called “Spark City” allows the user to design an avatar and then use it to run a grocery department while responding in realtime to realistic on-the-job scenarios.

In March last year, the Volkswagen Group revealed the next step of it’s VR training plans in the form of a global initiative that would bring VR training to the 10,000 employees of Audi, SEAT, ŠKODA and Volkswagen. According to a report in VRScout over 30 VR training experiences cover everything from vehicle assembly and team member training to customer service.  Volkswagen’s Virtual Reality Training application was by developed by Innoactive and according to a review in Mashable,  “the company developed the content management system and software that lets customers like Volkswagen run training sessions and workplace simulations. Training costs can add up, but beginner mistakes in the VR training will not ruin a workflow or destroy expensive inventory — it’s all digital and can be reset at the push of a button. With Virtual Reality Training Travel time and costs don’t really exist”.

At Mersus Technologies we have partnered with Irish Industry to provide them with the tools to deliver advanced training solutions to their employees. Our Virtual Training Platform enables the manufacturing and communications sectors to strengthen skills and expand their knowledge base in a totally risk-free environment. We provide organisations in Ireland with a distinct competitive advantage by applying the power of the most advanced cutting edge immersive technology to training.

While Virtual Reality training is a valuable learning tool that can be used for a variety of applications, our advanced products have been specifically tailored to meet the training and simulation needs of industry. Our product makes it possible to place your trainee in any location or scenario possible. Employees can interact and engage with real-world situations that would otherwise be impossible to recreate in a traditional training environment.

Mersus Technologies are the immersive training platform provider of choice for manufacturing, pharmaceutical and communications companies worldwide. We offer bespoke training simulations for a broad range of experiences with a focus on skills development, knowledge retention and proficiency. 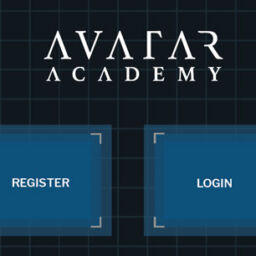 How VR Training can help your organisation through COVID-19

As our restrictions continue, every business owner is pondering how COVID-19 will impact their company and what challenges the wider…